10A Takes 2nd Place in The Showdown in Potato Town

The Rangers started off their first game with a 10-0 win over Armstrong Cooper, with over half the team scoring, and all of them dominating the ice. Hannah Rychley got the first goal of the game (2 goals, 1 assist total). Lexi Thompson scored the second and ended up getting 5 points this game (hat trick and 2 assists). Piper Delong, Emily Wiltzius, Vanessa Joyce, Lilly Halweg (Goal and assist), Olivia Roberts, Madison Gentz, Hope Tuma and Mackenzie Poferl all recorded points.

Our girls were able to keep up the momentum for game #2 the following morning against the hometown team, Moorhead. It was a much closer game. Olivia Roberts got the first goal of the game in the beginning of the second period. The Rangers kept it going when Hope Tuma scored just about 2 minutes later assisted by Poferl and Gentz. Emily Wiltzius sealed the game up scoring on a power play with an assist from Joyce at the very end of the second period. The game ended 3-0 and goalie Zoey Tessier, has now logged 2 shut outs earning the Rangers extra tourney points along the way!

Game 3 was against Roseau, and the girls struggled with a 0-5 loss. It was Roseau's first game of the day and our second. It was a hard-fought game, but sadly we couldn't get there.

Finally, for the 2nd place spot we played the Minneapolis Storm. With no scoring in the first, Lexi Thompson scored off a rebound from Olivia Roberts (assist) and put points on the board. Piper DeLong scored shortly after with an assist from Makenna Goar. The game ended 2-0 and Tessier earned her 3rd shutout of the weekend. The Rangers took 2nd place and took home a spud trophy! A huge thanks to coach Rychley, Coach Halweg and Coach Tuma for getting us there! 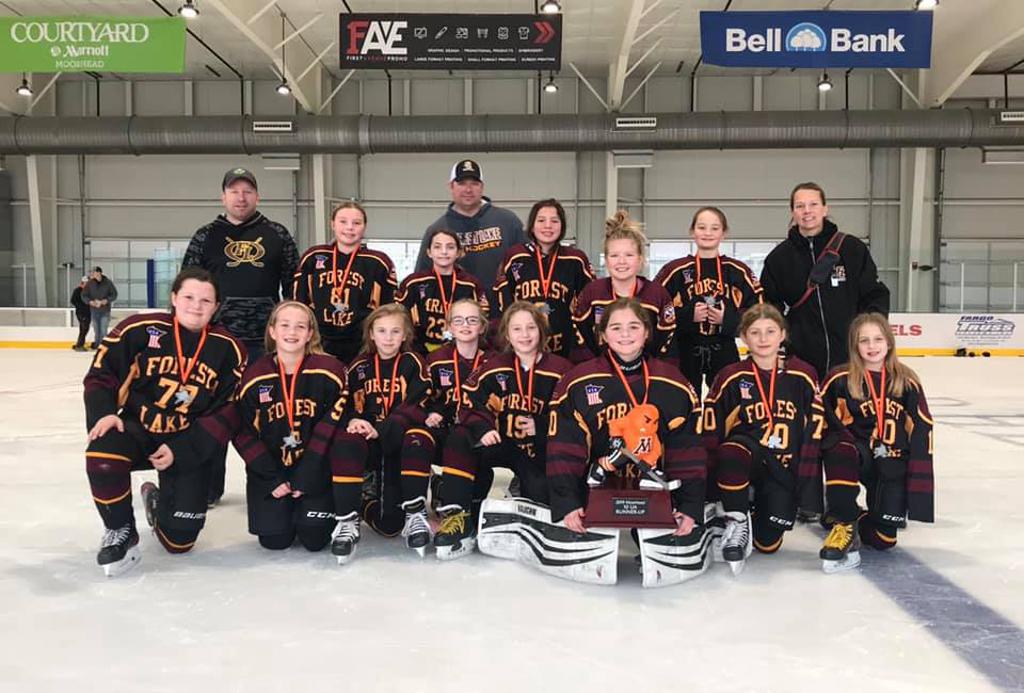