They boys started out the weekend with a victory over Albert Lea and followed it up on Saturday morning with a second win over Anoka.  They were able to limit their opponents to a combined 5 shots on goal between those first two games!

After a visit to Hermann the German between games for a little advice, they were back in action for their second game of Saturday against NUSE (New Ulm-Sleepy Eye).  They came out victorious and were off to the championship on Sunday.

Sunday saw the boys facing a familiar rival Andover.  It was a close evenly matched game with 15 to 14 shots on goal with several spectacular saves by Goalie #93 Carter Ferngren and was tied 1-1 with 2 minutes left in the 3rd.  Squirt B2 fought hard and came out victorious after a goal by #62 Owen Miklya put them over the top with a final score of 2-1! 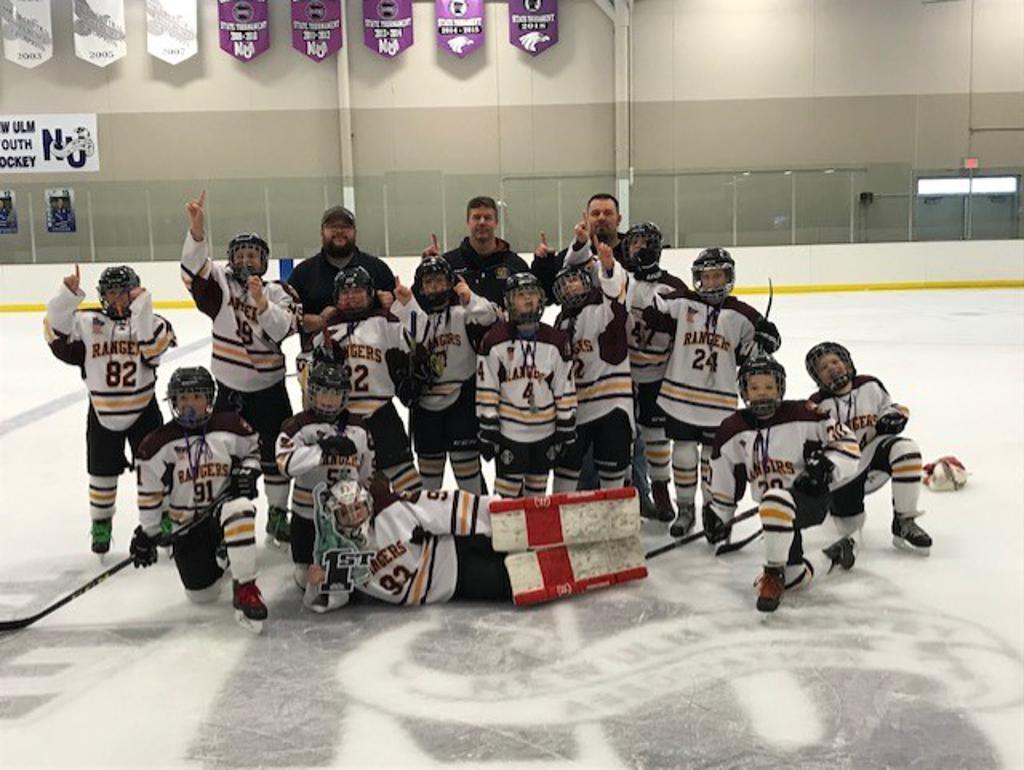