Peewee C took 2nd place at the Dells Cup Tournament in WI Dells this past weekend!

Tournament started Saturday morning with a 3-3 tie with Winterclub. Later that day they played a terrific game against Elmbrook ending with a win of 5-0!

The boys were back at it bright and early Sunday morning against Northbrook, a team of 18 players - we took a loss of 5-1.

Then came back later in the day for a hard fought battle against the same team in the Championship game.  The boys played amazing and held their ground ending the game with  a score of 1-1! In Overtime they did not give up, went into the Shootout strong.  They fought to the end and came home with 2nd place medals!  Very proud of these boys! 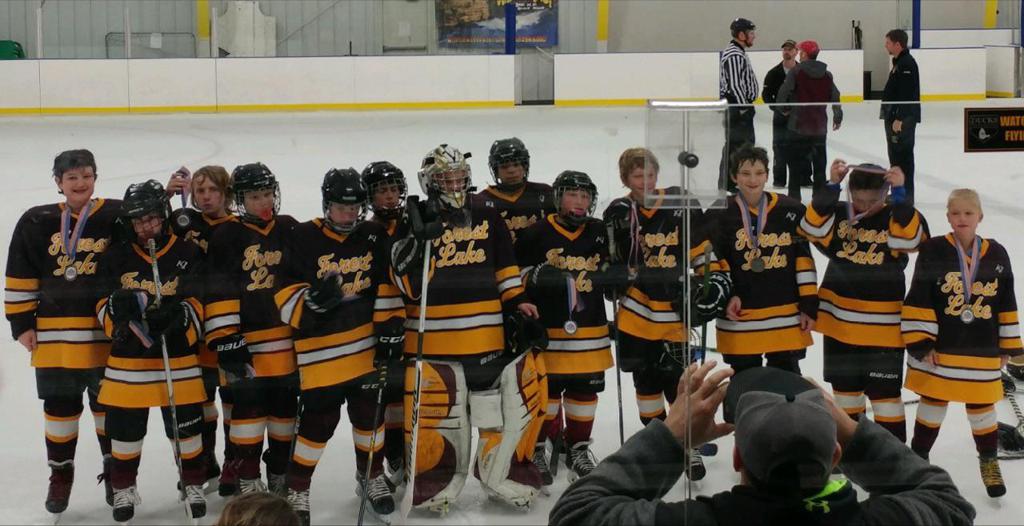