Squirt B2 Maroon took second place at the Blizzard Invitational in Siren, WI over the weekend.

The B2 Maroons skated solid in their first game on Saturday morning, defeating Fox Valley by a score of 10-2.

Their second game of the day had them facing Viroqua.  With the help of Ben Henaman's hat trick, they won that game 7-1.

This put Squirt B2 Maroon at the top of their pool and had them playing for the 1st place trophy on Sunday morning against the Tomahawk Hatchets Squirt A squad.  Though the boys skated hard and with the Hatchets the whole game, they were unable to overcome an early deficit and lost 10-2.   (Did I mention that this was the Hatchet A Squirts?)

Congratulations to the Squirt B2 Maroon team! 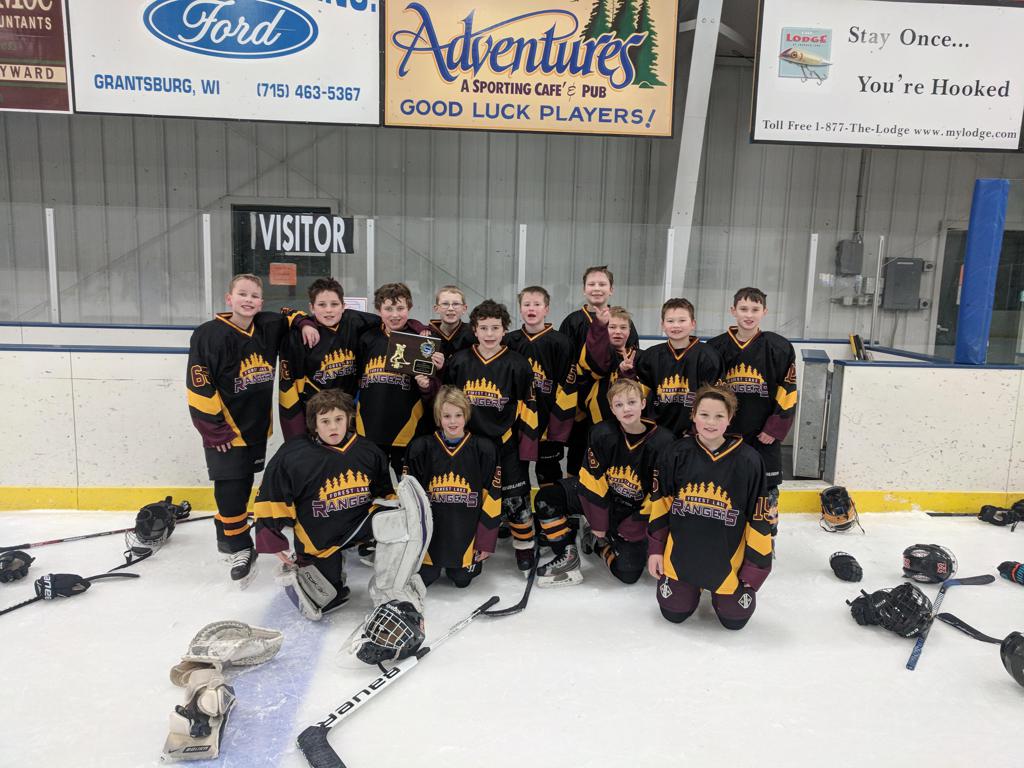