Friday afternoon started out with a game against the home team, St. Cloud.  They came away with a win of 6 to 2!

On Saturday they had a double header...  First thing in the morning they went head to head against Osseo/Maple Grove, but in the end came away with a win of 7 to 5.  A couple hours of rest and they were at it again going up against  Sioux Falls .  The boys skated like Rangers, and were able to secure their third win with a score of 10 to 6.

With a unique points based tournament, they had to wait until after all the teams had played to see if their efforts had secured them a spot in the championship game.  Around 8pm that night, the head coach, Troy Bilbrey was proud to announce to his team, their hard work paid off, and they were going to be playing against Farmington in the Championship Game!

Sunday's championship game was a great match up.  Forest Lake gave it their all, and walked away with their heads held high, and a 2nd place trophy! 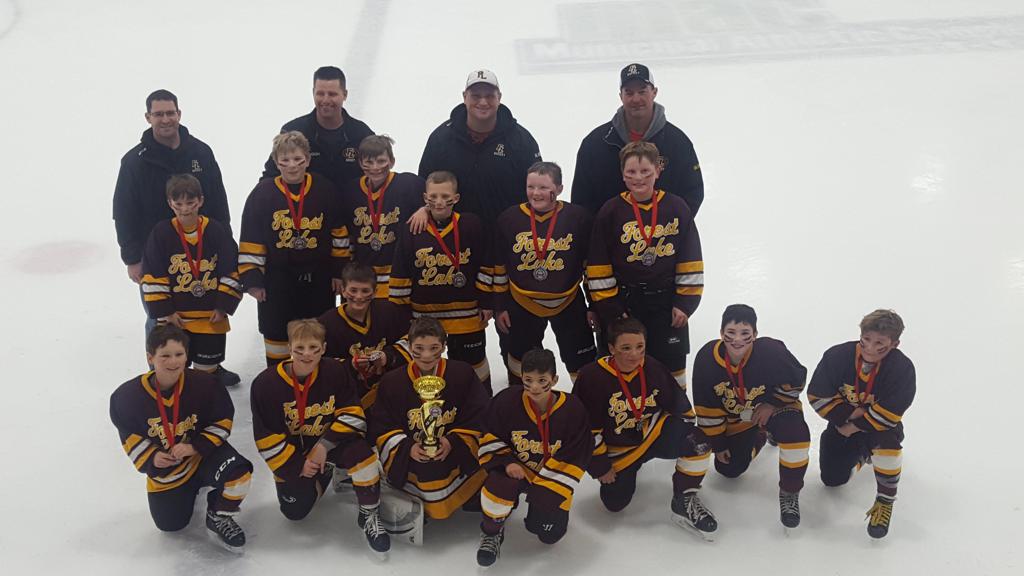