The Rangers came out strong in their pool play, going 3-0, scoring 27 goals and allowing only 4, moving them into the Championship round.  Sunday’s first game against St. Cloud ended in a 3 man shoot-out, with goalie Zack Wuotila shutting down all 3 shots, while Ryan Carlson scored on the Ranger’s final shot, for a win of 2-1, sending them to the Championship game.  The final game, proved to be a tough one for the team.  They fought to the end but came up short losing 3-1 against Osseo/Maple Grove.

It was an exciting weekend of hockey for the Forest Lake Peewee B2 Gold team.  Congratulations Rangers! 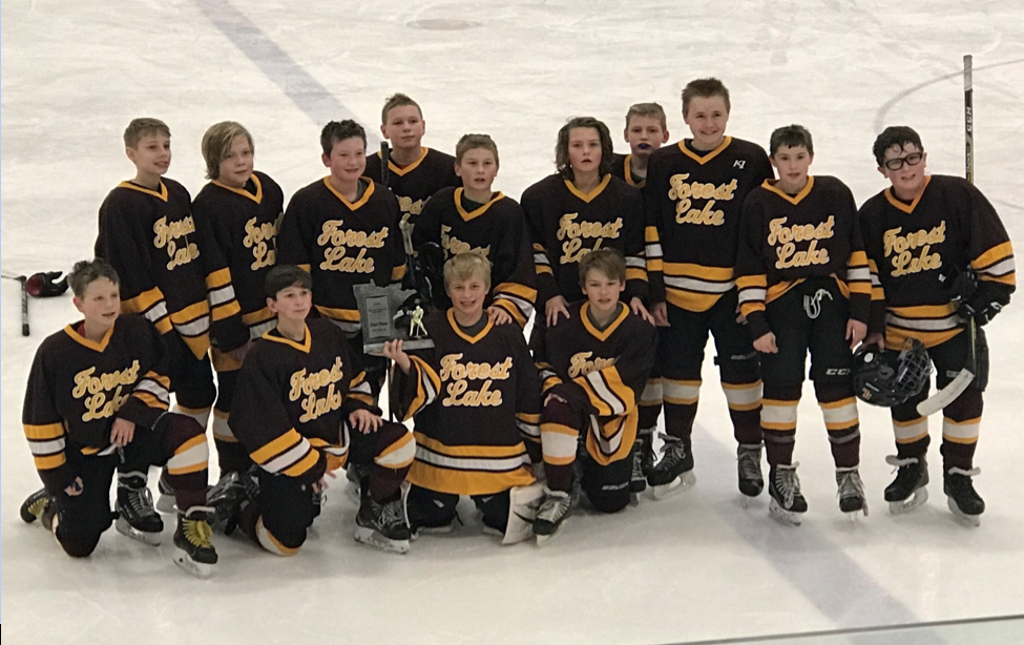