Squirt B1 entered the District 2 Playoffs as the #1 seed after an awesome regular season.  In the first round they faced White Bear Lake Orange, winning by a score of 4 to 3.  Preston Waage scored a hat trick in the game.

Next the team played Mahtomedi Gold in the semi-finals.  Rangers dominated with a final score of 9-1.  Asher Lubovich and Frankie Loo both scored hat tricks for the Rangers.  Lucas Kiel was close behind with two goals and an assist.

The Championship Game was against Stillwater Red.  The only District 2 Team that had beat Squirt B1 in the regular season.  It was a close, hard-fought game in front of packed stands at Forest Lake Arena.  Thanks to everyone who came out to cheer on the team.  Stillwater was victorious in the game, but Squirt B1 is thankful for 2nd place and an amazing season. 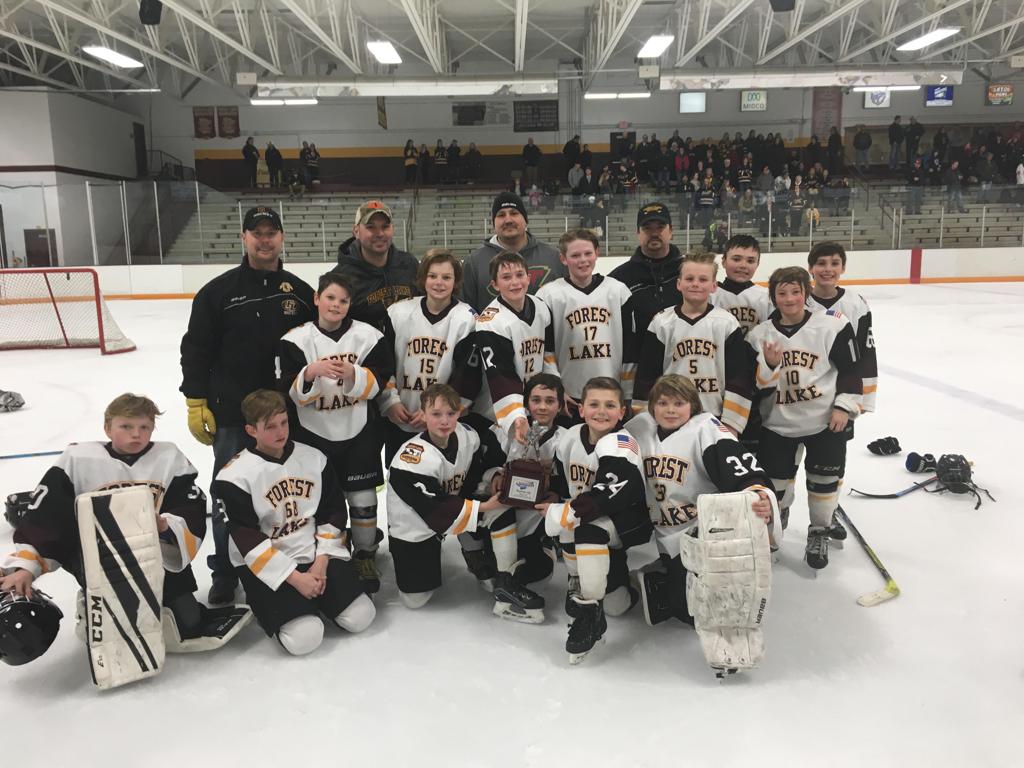