The B1 Bantam team took 3rd place in the Mpls Cup tournament this weekend.

Game 1 against the Eastview Lightning on Friday with a score of 6-4. Goalie Hunter Heinsch with 42 shots on goal and 38 saves.

Game 2 on Saturday against Woodbury Black where they were down by 2 going into the 2nd period down 0-1 where the team answered Woodbury's 1 goal with 5 goals, 4 of which were unanswered by Woodbury. The Rangers led the game 5-2 late into the 3rd period where they ultimately fell short to Woodbury taking their only loss of the tournament with a score of 5-6. Goalie Joe Knudsen with 35 shots on goal and 29 saves.

Game 3 Sunday was the 3rd place game against Cottage Grove. Where they led the entire game with a score of 1-0 in the first period and a 3-0 lead well into the 3rd period where the Wolfpack turned it on and took advantage of their power plays answering all 3 of the Rangers goals making the game into a five minute 3 on 3 sudden death overtime. However, it ended 1:13 into the OT when Ranger center Daniel Frattalone ended the OT with the game winning goal. Leading the Rangers to a 4-3 win taking home the hardware in their first tournament of the season.  Goalie Hunter Heinsch played an absolutely incredible game with 48 shots on goal and 45 saves. 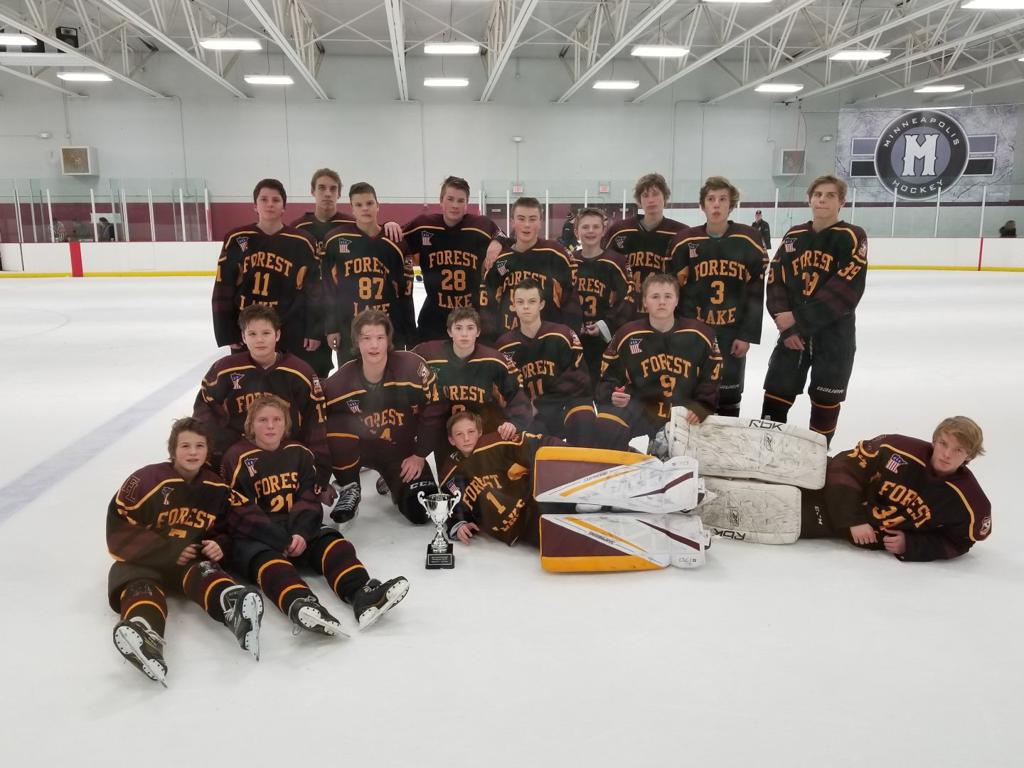