The weekend started early on Friday with a matchup against the Canadian Westfort Maroons.  The Squirt C Maroons were down a player due to injury and also had to call on the goalie from the Squirt C Gold team, Jack Conrad, as their regular goalie Carter Ferngren was recovering from the flu.  The Rangers lead the Maroons early after a power play goal.  Westfort came back and tied it up 4-4.  After a short-handed goal put them up 5-4, things looked good for the Rangers late in the 3rd but Westfort was able to tie it up with a final score of 5-5.

The second game on Friday was against the host team, Chaska-Chan Black.  There was a lot of back and forth play but the Rangers came out on top 3-2.

Saturday afternoon concluded pool play against another team, the Canadian Neebing Thunderhawks  The Ferngren was back in goal and made a strong showing but the Thunderhawks took an early 2 goal lead.  After a long first period and a lot of short-handed playing due to penalties on both sides, the Rangers closed that lead to one goal with the score 2-3.  The second period put the Rangers in the lead by a score of 5-3 and they were able to add some additional insurance in the 3rd with a final score of 8-4.

With two wins and a tie that put the Rangers as the second seed going into the final two games on Sunday.  The first game was an early 8am start against the Canadian Neebing Atom A Hawks.  Neebing came out with an early lead the Rangers were able to tie it up.  After taking the lead 3-2, the Atom A Hakws tied it up in regulation with a score of 3-3.  The Rangers were victorious with an overtime goal by Anthony Wagstrom putting them into the Championship game with a final score of 4-3.

The Championship game Sunday afternoon saw the Rangers facing the Westfort Maroons once again, who had defeated the number one seed, Chaska-Chan Purple earlier.  Westfort came out with an early lead of 0-2 but the Rangers were able to tie it up 2-2 after the first period.  Even with a rally in the 3rd period the Rangers lost by a score of 8-4 and took second place. 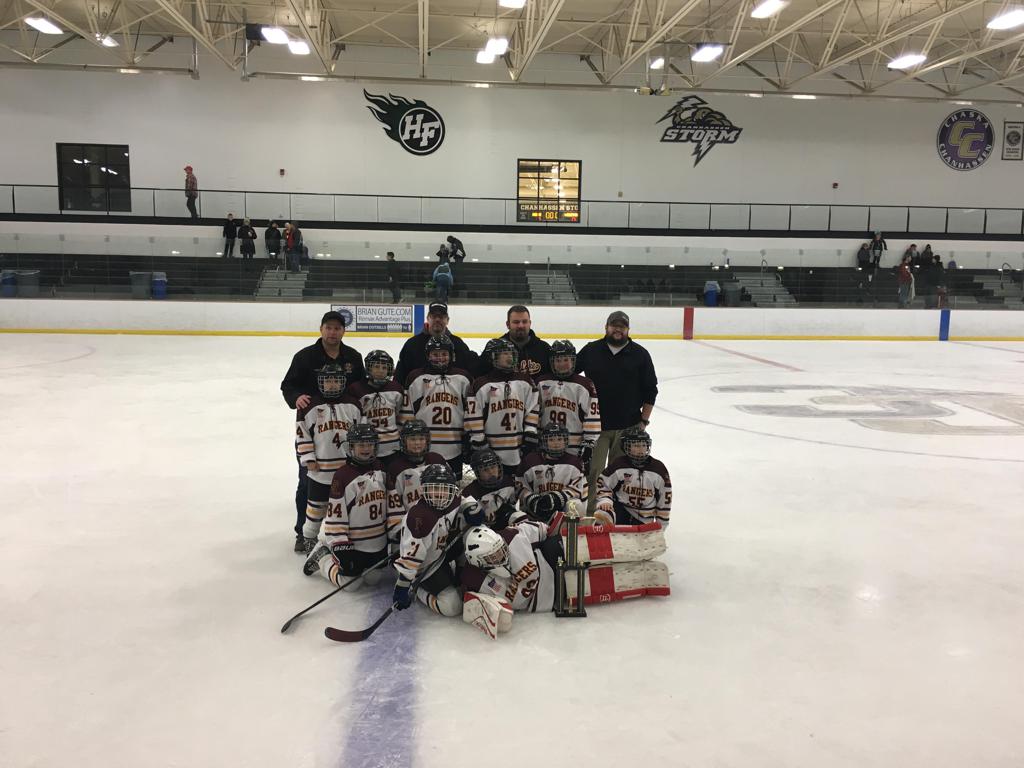