In Game 1 on an early Friday Morning, Forest Lake beat JCNSP 1-0.  Mitch Waataja had a shutout in the net. Despite a great effort up front and many chances, Forest Lake’s only goal came in the 2nd period when Josh Holzshuh stick-handled around the JCNSP defense and goalie to put the Rangers up 1-0.  From there, shut-down defensive core of Derrick Loomis, Cade Crep, Jack Pavlas and Nate Acker helped Waataja and the team secure the victory.

On Saturday the team faced Mounds View/Irondale. Forest Lake's aggressive offensive pressure led to an early lead in the first period with goals by Evan Rychley and Kellen Melberg. The final goal came on a longer range wrist shot off the stick of Mitch Waataja for a final score of 3-1.  Gage Winkler, true to his steady form all season, came up with a very strong game in the nets to secure the win for the Rangers.

For the Championship Game, Forest Lake faced a very tough Bloomington Jefferson squad (who finished the first two games with a score of 9-0 and 7-1).  The Ranger’s only goal came in the 3rd period on a sharp angle sniper shot by Cade Crep. 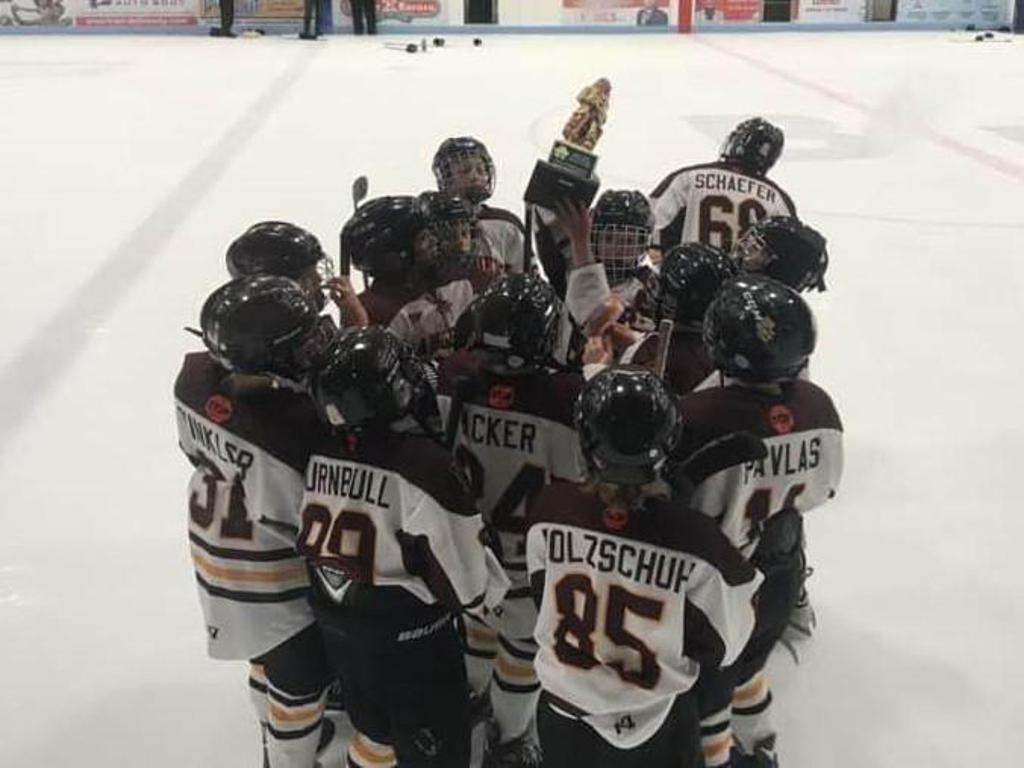