Second game was a tough loss against the championship winning team Mahtomedi, with Hunter Boeckmann scoring the only goal of the game with a final score of 4-1. The Rangers happened to be the only team to score on that Mahtomedi team all weekend!

The final game for the third place trophy was against Blaine which the Rangers won 4-2. Hunter Boeckmann earned his playmaker that game with assists to Levi Fenrich, Nicholas Casareto and Christian Erickson. Boeckmann also scored an unassisted goal that game. Both goalies Wyatt Wenzel and Tyler Jansen had some amazing saves! 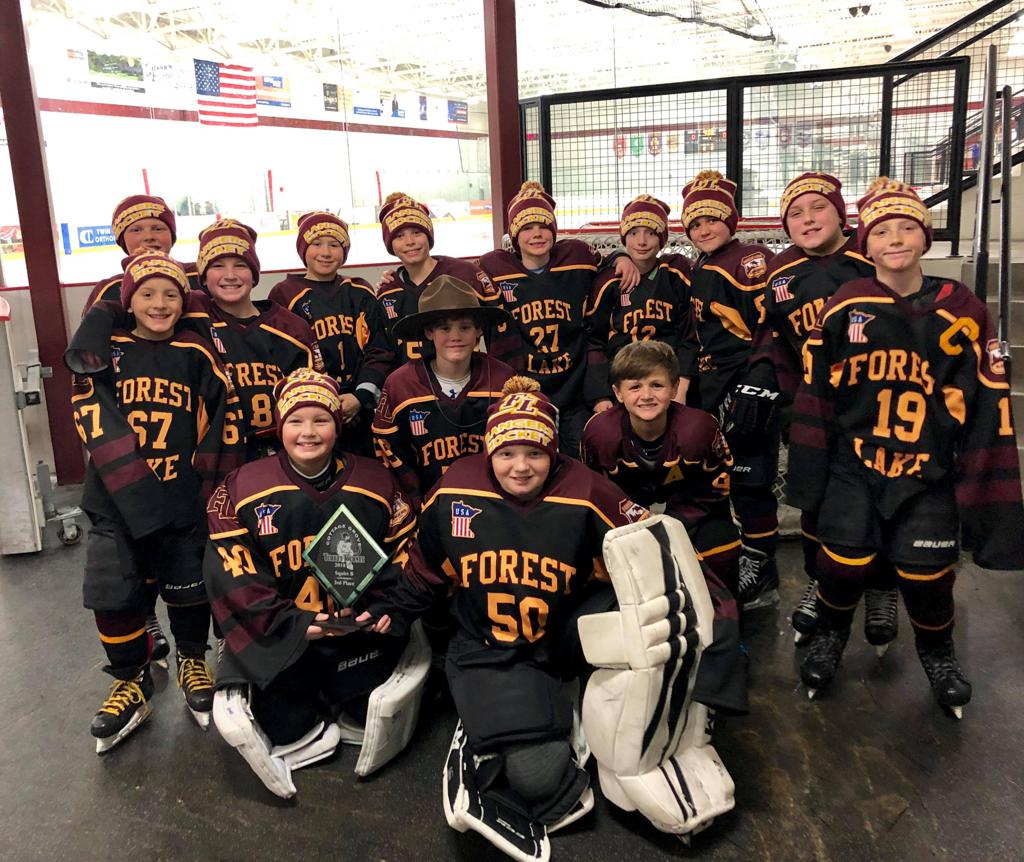