Forest Lake entered the Thanksgiving tournament riding a 3-game win streak. The first game of the tournament started with Forest lake taking on a fast MAML team in Minnetonka. MAML jumped out to an early 1-0 lead in the first. Forest lake answered with a goal from Bright, assisted by Gillitzer in the back half of the second to tie things up at 1. The game would remain tied through regulation. Through the first 5 on 5 overtime the teams stayed locked at one a piece and it was not until 4:41 of the second overtime Speidel fired in the game winner. Forest lake had Schumacher in net, who turned away 15 of 16 shots. Forest Lake’s next opponent was D2 rival Stillwater. Forest lake posted a 4-1 victory with goals from Speidel (2), Hafner and Casey.  Assists on the Forest Lake goals came from Speidel (2), Middendorf (2), Byl, and Bright. Saxe was in the net, Holding Stillwater to one goal on 23 shots. Forest Lake moved on to the championship against a tough Armstrong-Cooper team riding a win streak of their own. Forest Lake scored first with Carpenter from Kapphahn at 8:22 in the first. The score was 1-0 entering the second period and Armstrong unleashed scoring 4 unanswered to end the second period with Armstrong up 4-1.  With the third period underway Forest Lake started to mount a comeback; Speidel started the comeback scoring at 8:04 on an assist by Bashynski. Hafner added one from Bright and Kapphahn at 6:37 to make it a one goal game. With time running low Speidel scored the game tying goal unassisted at 6:04 in the third. Forest Lake was headed for its second overtime game of the tournament. As O.T. got underway both teams goaltenders stopping scoring opportunities at each end. Forest lake finished things off with a power play game winner by Bright from Speidel and Hafner at 1:28 in the first Overtime. Saxe and Schumacher combined to stop 22 of 26 to cap off an exciting tournament with Forest Lake PWA coming out on top. 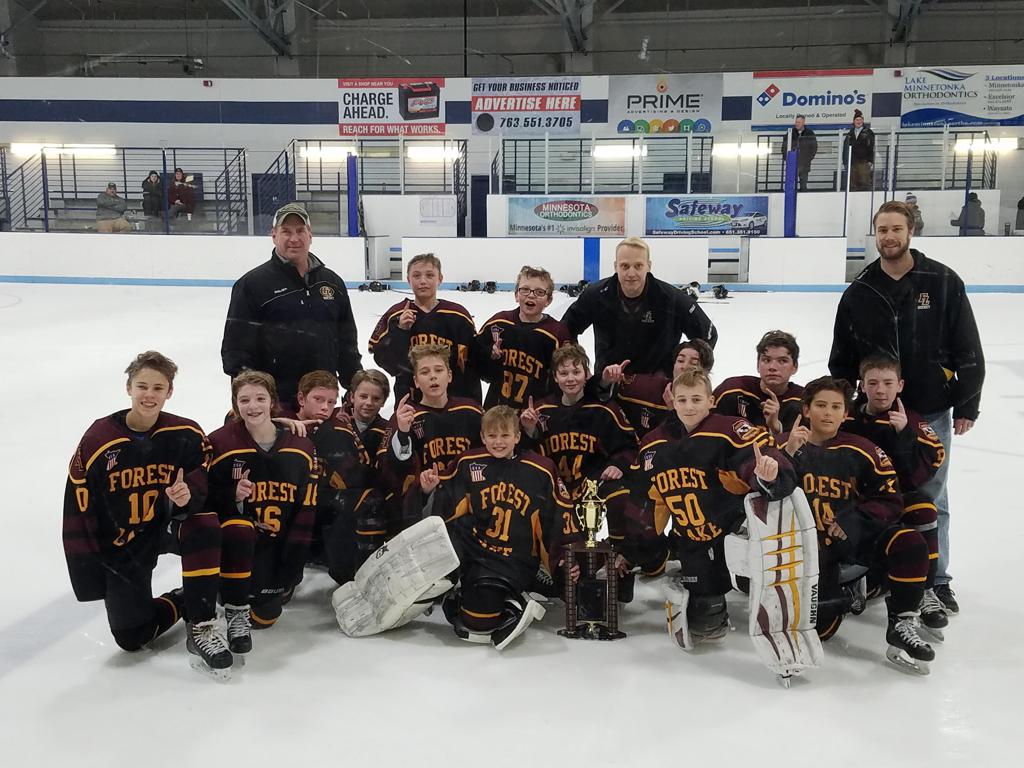