10U B Maroon takes 2nd in Moose Lake

10U B Maroon takes 2nd in Moose Lake

The 10U B Maroon team brought home more hardware the weekend of Dec 15-16th from the Moose Lake Tournament with a 2nd place finish!

The girls played their first game Saturday morning vs Cloquet and came out with a 5-0 victory.  The team played very well and banded together being down two skaters due to illness and injury.

The second game was Saturday afternoon vs Pine City.  Thank goodness the girls got in a good lunch in between games as this was one they had to fight for.  Losing another player to illness, the team stuck together and pulled out a 2-1 victory over Pine City, leading them to the championship game on Sunday.

Going in to Sunday afternoon the team knew it would be a tough game, and that it was.  The girls took on a very strong Hermantown team and at the end the first period it was tied at 0.  Hermantown broke open the scoring in the 2nd period and never looked back.  In the end the FL 10 U Maroon team fell to the stronger Hermantown team to finish in 2nd place.  A well deserved 2nd place finish for these girls!! 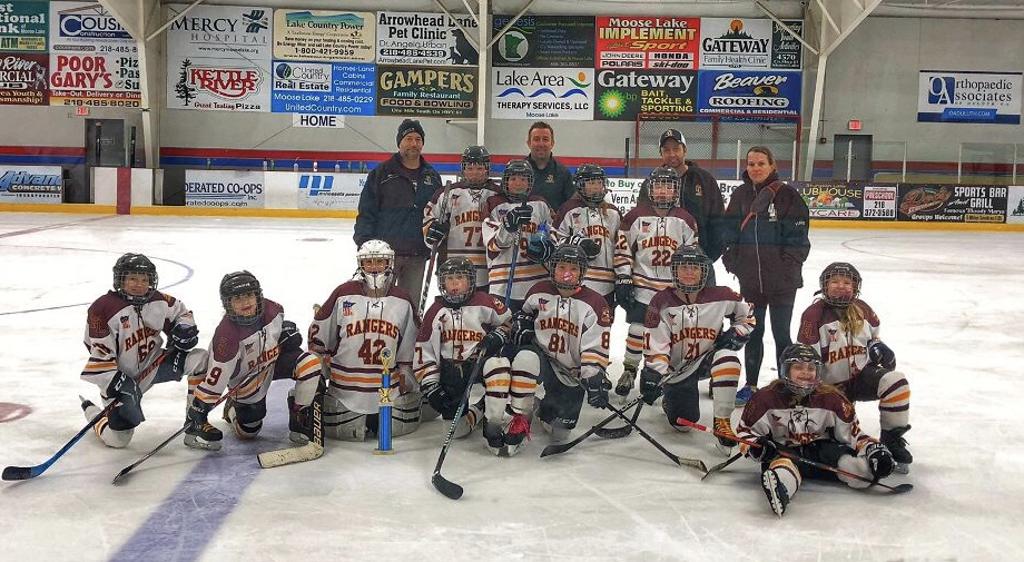