Squirt C Maroon took 2nd place at the Jurassic Puck Tournament in Fergus Falls over the weekend of January 5-6th, 2019.

The Rangers came out strong with their first game against Northern Lakes opening up a 5-0 lead after the 1st period with goals from Aiden Degendorfer, Anthony Wagstrom, Matthew Haasl and a pair by Brixton Kraft.  After weathering a late rally, they Rangers came out on top by a score of 7-5.

Their second game was against West Fargo.  After out-shooting the Stampede 18-3 in the first period, the score was tied 0-0.  Jackson Staloch opened up the scoring with a pair of goals in the 2nd and the Rangers went on to win 3-0.

The two wins put the Squirt C Maroon as the number 1 seed in the pool and into the championship game against Edina Squirt C Black.

The Rangers found themselves down early after a breakaway gave Edina a 1 goal lead.  They fought back hard and found themselves up 2 goals at one point but the score was tied at 4 after the 2nd period.  That's where it would stay at the end of regulation and through overtime.  The Rangers lost in the shootout but came home with the 2nd Place Trophy. 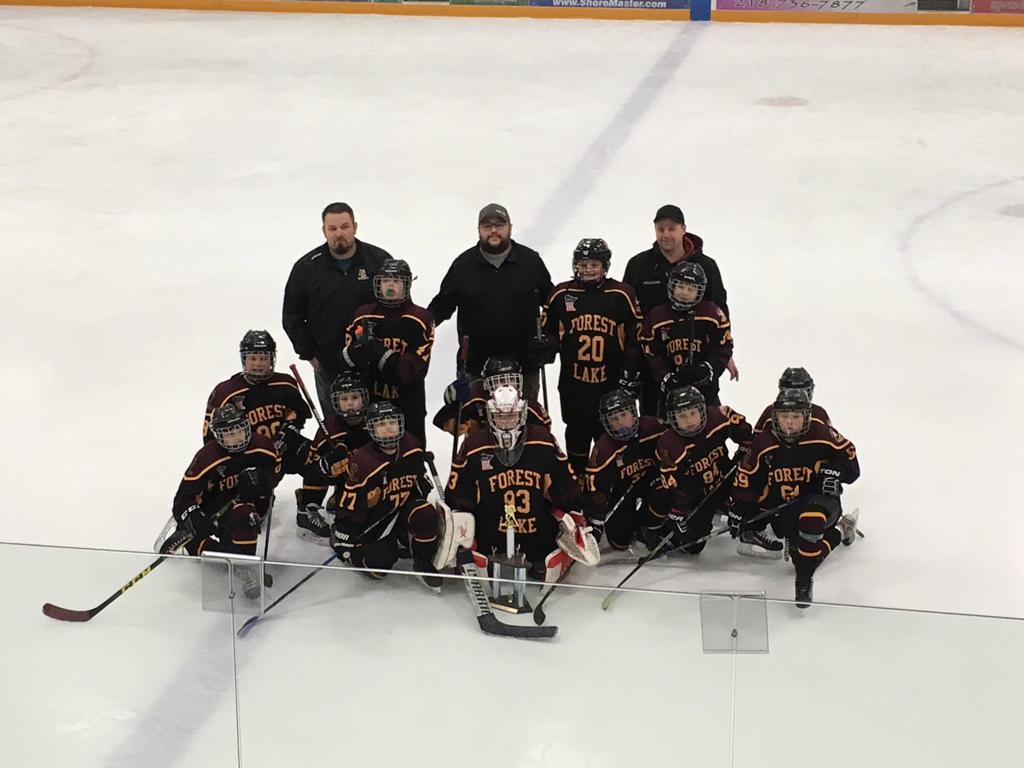