FL Squirt B1 takes home 3rd in the Woodbury Rumble this past weekend!

The Rangers started the tournament on Friday by facing White Bear Lake and won with the final score of 10-0. Every player was involved in either a goal or an assist. Great job goalies Jansen and Wenzel on the shut out!

Game 2 was against Sibley and the Rangers pulled out a win with the final score of 4-3. Tristan Heglund had a hat trick and Owen Siverhus scored a goal with an assist from AJ Degerstrom.

Game 3 was against the home team Woodbury and the Rangers won with a final score of 9-1. Once again the entire team had their numbers listed on that score sheet with either a goal or an assist or both!

Game 4 was the determining game on who was going to the championship.... The Rangers were facing Farmington....and with three times as many shots on goal (our 32 to their 12!) the Rangers shots just kept getting blocked and only one made it in the net by Hunter Longen assisted by Tristan Hegland. And they ended up losing to Farmington.

That meant that the Rangers were going to battle for 3rd place against Prior Lake.

After the 1st period It was tied 1-1 with Forest Lake’s goal scored by Nicholas Casareto and assisted by Hunter Longen.

2nd period Forest Lake scored 2 goals both by Elliot Hursh both assisted by Blake Kieger leaving the end of the 2nd period with a score of Rangers 3, Prior Lake 2.

3rd period 1 goal was scored by Christian Erickson assisted by Levi Fenrich ending the game with a final score of 4-2 and the Rangers taking home the 3rd place trophy!!!!!! Way to go Rangers!!! 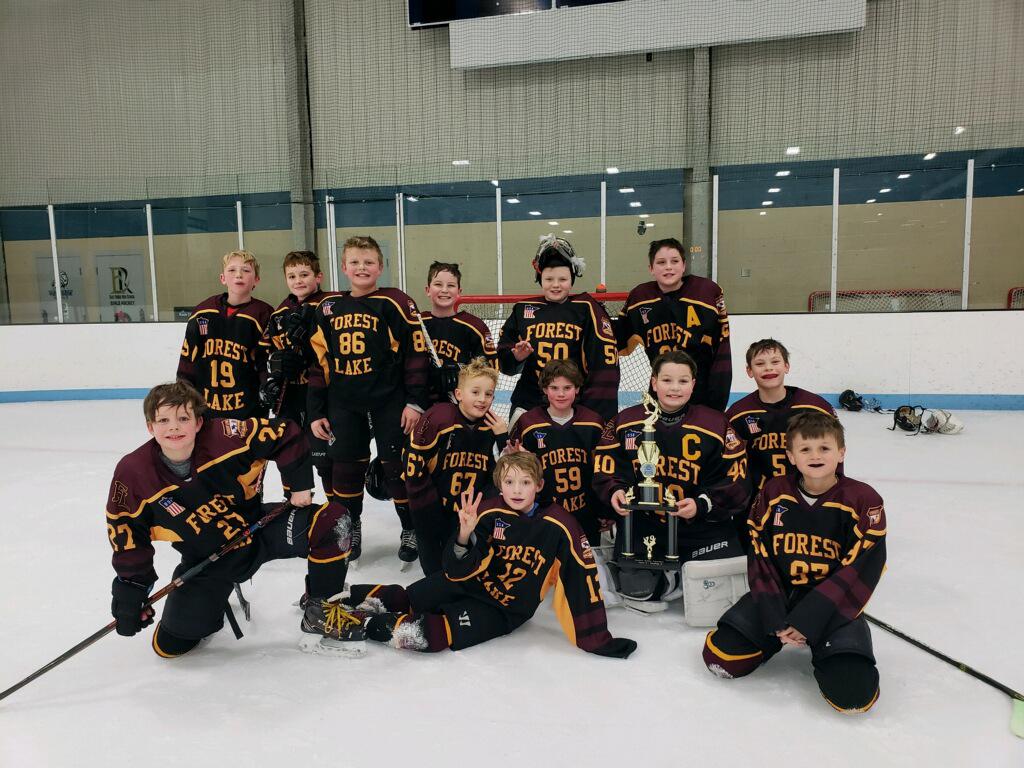