It was quite the battle in front of a raucous crowd in the Championship game on Sunday, but the Squirt B2 Maroon team fell 3-4 against Bloomington Kennedy’s top Squirt team. The Rangers took the lead in the first period with a goal by Chase Swenson.  With 15 seconds left in the 2nd period, the Rangers went up 2-1 when Derrick "Boomer" Loomis blasted a laser shot in from the point (assist by Nate Acker).  Bloomington Kennedy scored two quick goals in the final seconds of the 2ndperiod, taking the lead 3-2.   In the final period Josh Holzschuh deked out the BK goalie for a goal with the assist coming on a beautiful feed from Brady Turnbull to tie up with 8 minutes remaining in the game.  Forest Lake out shot Bloomington Kennedy 20-12, but it wasn’t enough to take home the win. BK scored a goal with 3 minutes remaining in the game and the Rangers weren’t able to match it.   The boys played with a ton of heart and stepped up their compete level to make it a great game!

In the tourney opener, the Rangers faced Chisago Lakes. It was a tight match up with the Rangers winning 3-1.

Goals were scored by Evan Rychley (2) both assisted by Cade Crep and the other goal came from Connor LeBlanc, assisted by Rychley.

The Rangers were able to walk away with game 2 against Spring Lake Park, winning 10-1. They outshot their opponent 25-8.  It was quite the team effort with several notables: goals by Elliot Schaefer (2), Josh Holzshuh (2), Chase Swenson (2) Connor Le Blanc, Jack Pavlas, Evan Rychley, Derrick Loomis. Brady Turnbull earned his Playmaker patch with 4 assists.  Other assists came from Rychley (2), Kellen Melberg (2), and one a piece from Swenson, Pavlas, LeBlanc, Crep, Acker.

Throughout the weekend’s games the goaltending duo of Mitch Waataja and Gage Winkler held true to their outstanding form and the goalies were both paramount to the 2nd place finish for the Rangers!

The B2 Squirt Maroon would like to extend a thank you to all those who volunteered (including the Bantam AA players!)  to make this tournament a success. We know many of you worked this tournament without even needing DIBS hours and we appreciate the effort. 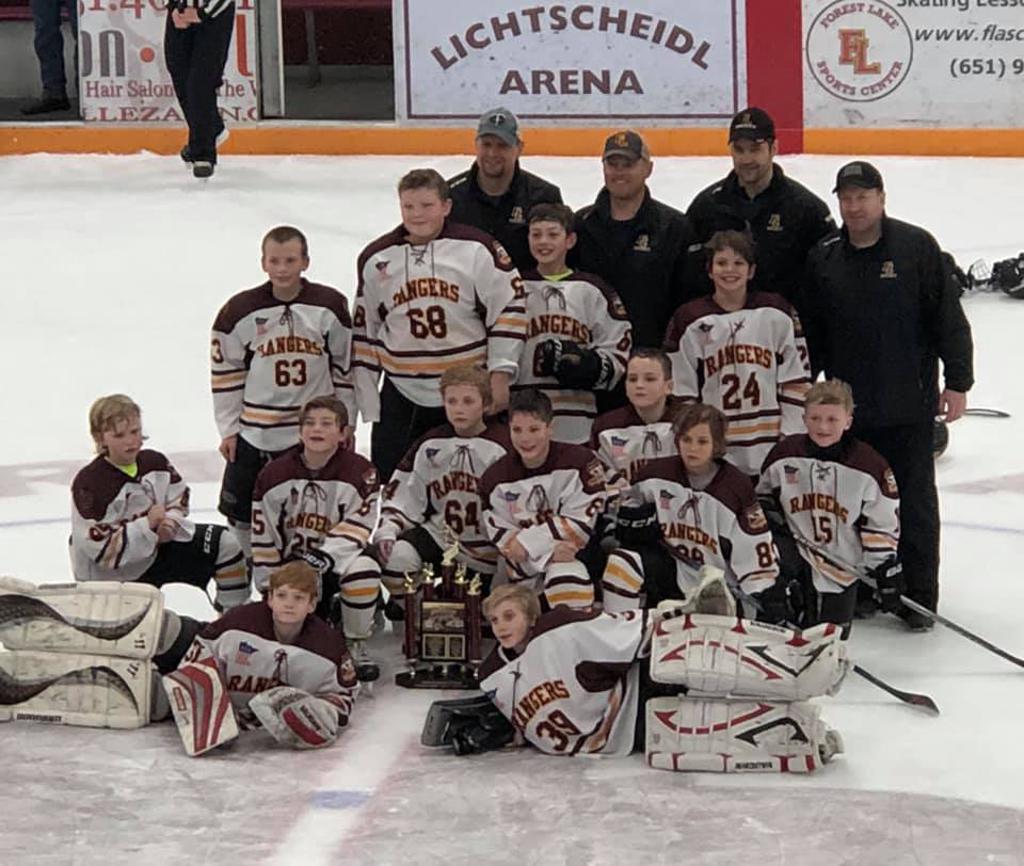