Squirt B2 Maroon took third place over the weekend in the New Hope Classic Tournment.

They started the weekend with a shut-out on Friday afternoon against Anoka Squirt B2, winning 10-0.

They had two games on Saturday.  The first game against Mahtomedi Squirt B2 resulted in a win by a score of 3-2.  The second game of the day proved to be a tough one against Buffalo.  The Squirt B2 Maroon squad fought hard after trailing most of the game until they tied it up with 7 minutes left in the third.  The game ended in a tie 1-1.  That was enough to put Squirt B2 Maroon at the top of their pool.

The Semi-Final round on Sunday was an early game against Rogers.  They skated hard but suffered their first loss of the season by a score of 4-3.

The Third Place game on Sunday afternoon found them in a rematch against Buffalo.  The Rangers scored early but found themselves down 2-1 through the first part of the second period.  They tied it up at two each on a short handed goal.  The third period put them in the lead with a second short-handed goal.

They took the third place trophy with a final score of 5-3. 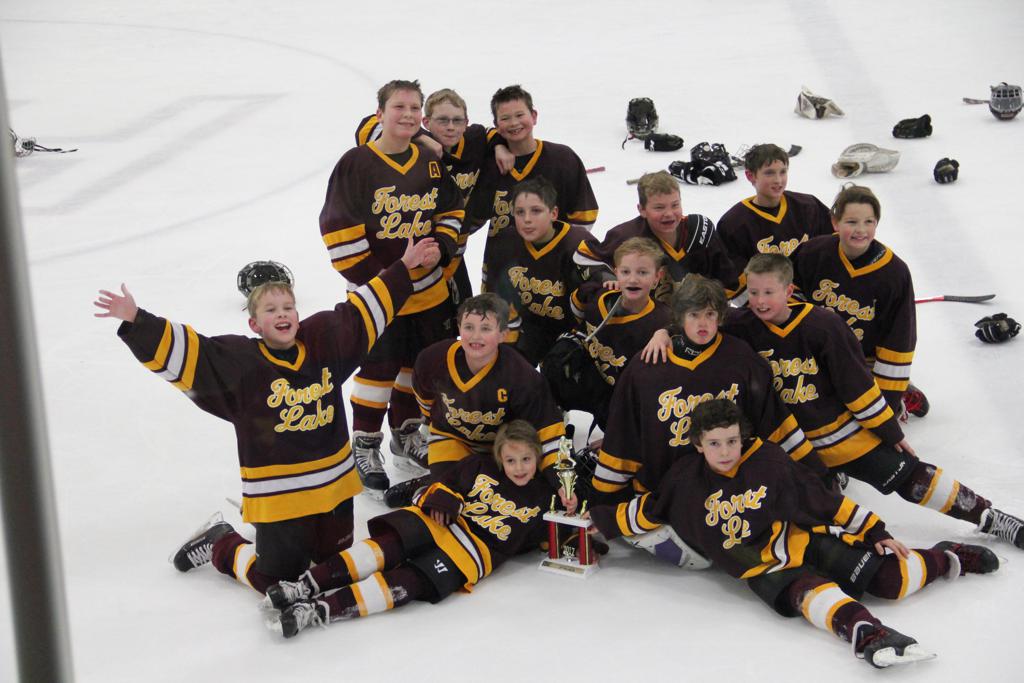