The Jr Gold team is in the midst of starting off the season with 9 games over the first 13 days of their season.  So far they are 4-1.  This included a 3 game sweep of their first tournament, the Blizzard Jr Gold Tournament in Siren, WI, the weekend of Dec 7-9.  They opened up against Rosemount and cruised to an 8-1 victory in the opening round.  Solid defense and explosive offensive was too much for Rosemount.  This victory was followed by a win against a Lakeville North team that just came off a victory against White Bear Lake.  Forest Lake Jr Gold defeated Lakeville North 8-3 again with offense leading the way.  The championship game was set against Blaine who was 2-0 so far in the tournament as well.  The Rangers pulled ahead and maintained the lead throughout the game.  They beat Blaine 5-3 to capture the championship.  Great fan support and great teamwork throughout the weekend helped lead the way for the Rangers. 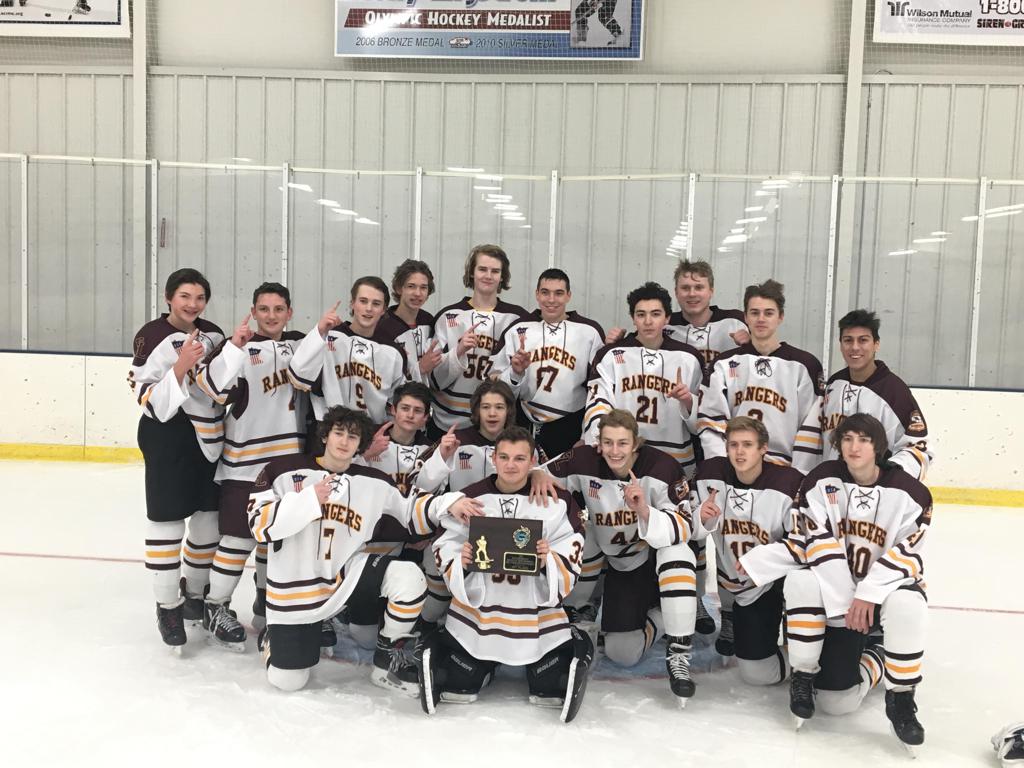