Game 1 Maroon played Watertown and every player had a part in that win with either a goal or an assist game ending with a win 13 to 1.

Game 3 was against Redwood with Lucas Kiel scoring 4 goals with one of them being a penalty shot. Braydon Lenahan scored the fifth goal ending the game in a win 5 to 1. Assists that game by Landon Rogala, Brayson Vetsch, Braydon Lenahan and Andrew Tatro.

The boys showed up to play in the championship game on Sunday against Princeton. Going with the streak of the weekend all boys took a part in the win with Blake Siverhus getting a hat trick, Lucas Kiel scoring 4 also Mason Schwartz scoring 1 and Landon Rogala scoring 1.  Braydon Johnson earned his play maker assisting 3 along with assists from Brayson Vetsch, 2 from Braydon Lenahan, Landon Rogala, Niko Daley, mixed with some great saves by goalie Charlie Schlichtmann and the game ended in a win 9 to 2 taking the trophy home! 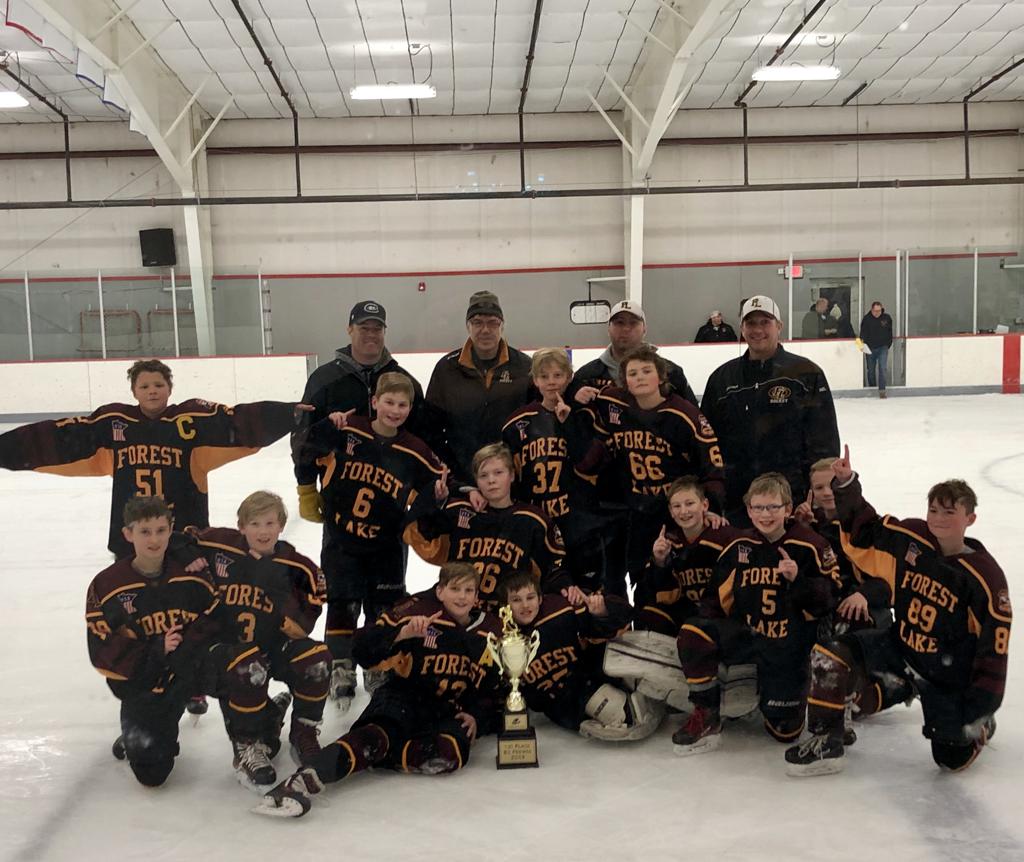